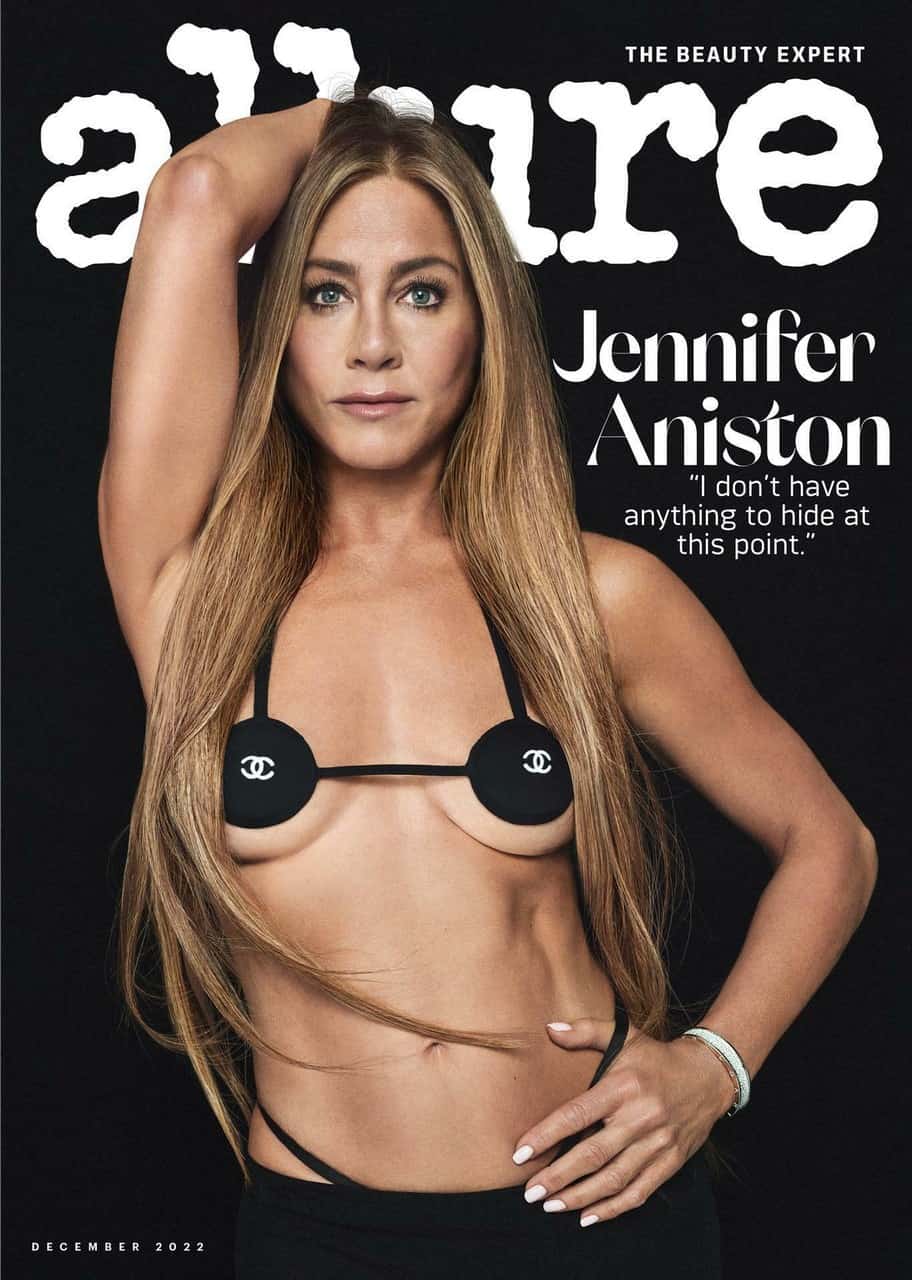 In a new interview with Allure Magazine, Jennifer Aniston bares all physically and emotionally. Posing for a stunning photoshoot, she displays her fantastic figure in a tiny Chanel bra while discussing her excruciating inability to conceive children. The 53-year-old told the magazine that she regrets not freezing her eggs earlier. She also revealed that she ” tried everything” in her infertility battle, including IVF and “drinking Chinese teas” in a last-ditch effort to get pregnant. Jen also denied rumors that any of her ex-husbands divorced her because she “would not give him a kid,” noting that the persistent rumors about her relationship made her struggle with infertility even more challenging. Aniston continued by saying that she now accepts that she will never become pregnant and wishes she’d been told to freeze her eggs when she was younger. Jennifer Aniston, who spent ten years (1994–2004) as the lead actress on the famous sitcom Friends, acknowledged that she was too preoccupied with her career to consider whether or not she might want to settle down and start a family in the future. However, the actress lashed out at the persistent criticism aimed at her for not getting pregnant during her marriage to Pitt. When she married Justin, now 51, she came under even more scrutiny because it was alleged that one of the reasons for their 2017 divorce was her infertility. The actress insisted in an interview with Allure that she has accepted the fact that she will not have children, claiming that she actually feels some “relief” in the knowledge that the possibility of having children is no longer hanging over her as an endless “maybe.” Age has brought about a renewed sense of self-confidence, and the actress said she no longer cares what other people think or say about her, mainly because of the challenges she faced in her late 30s and early 40s. She said that after going through a “period that was challenging” and doing some “personal work that was long overdue,” she is only now “coming back into the light” and facing issues that have affected her life since childhood. Jennifer also suggested that she might someday write a book about her protracted infertility struggles, which she kept a secret from the public for years out of a desire to “protect” herself and her story. Aniston opened up about her complicated relationship with her parents during the interview. Her mother, Nancy, and her father, John, worked as actors. When she was nine, they divorced, which she acknowledged was not easy for her mother. However, she later admitted to Allure that she had “forgiven” both her mother, who passed away in May 2016, and her father, who passed away recently in November 2022.